RBTL Tours: The Stillness of The Sky by Starla Huchton 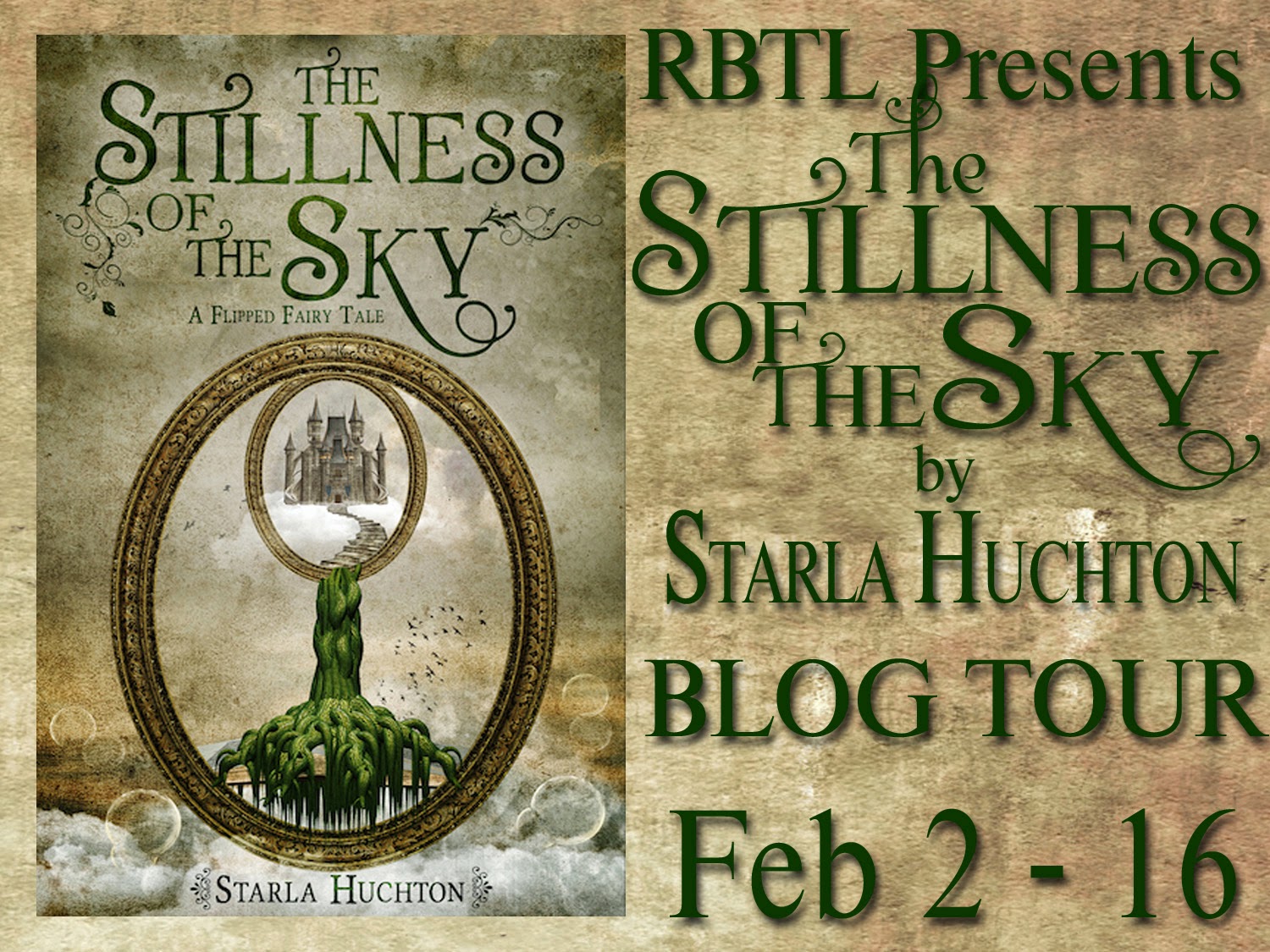 What do you love most about fairytales?

Fairy tales are the very foundations of storytelling. Every culture around the world is rooted in the ideas presented in these old stories. They are reflections of who we are as human beings, so they’re fascinating from an academic standpoint.

Now, that’s all well and good, but that’s not quite so much where my interests lie. For me, the best thing about fairy tales is the possibilities they present us with. They are very much foundations, but they’re more like rich soil than cement slabs to build a house on. So much more than a house can spring from fertile earth, and, to me, that’s what’s drawn me to them as a writer.

In fairy tales, people are presented with ideas we don’t normally accept, or write off as fantasy. For the brief moment of time when a fairy tale is being told, we live in worlds where magic is a plausible explanation for anything and true love can conquer any foe. We are willing to believe that everything and anything is possible, and we explore those possibilities with childlike glee and wonder.

Fairy tales give us breaks in the clouds when the storm is the worst. Between breaths, we believe that pixie dust can grant us the power to fly if our hearts are light enough, that our worst problems can be solved by the kindness of a fairy godmother, and that if we take a chance on a person we can love for a lifetime.

Those are beautiful things to believe in, even if they are beliefs we hide from the rest of the world and only allow ourselves to hope for in those milliseconds before we exhale. Hope is what keeps us going in the darkness. Hope is what makes us human. Fairy tales are preserved hopes, wistful dreams, and secret longings kept for everyone to share. Fairy tales are humanity at its worst, tempered with its best.
And that’s what truly makes them special. 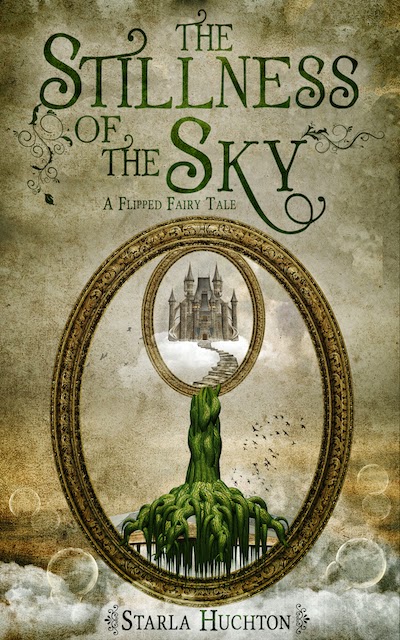 Title: The Stillness of the Sky
Author: Starla Huchton

"Once upon a time, my life was certain: it was insignificant, and it was cruel. But I refused to let it define me, no matter how great the cost.

Once upon a time, I made a wish. The world I knew grew wider than the sky and higher than the stars, and I listened to the voice within me, reaching out for freedom.

Once upon a time, my wish became my fate, and my destiny the hardest lesson to learn: kindness may be the most difficult path, but it can save entire kingdoms.”

It took my vision a few moments to adjust to the sudden brightness, but when I did, I couldn’t believe the sight in front of me. Stunned, I staggered backwards, all but falling down as my gaze drifted up from the base of the enormous plant that had sprung up overnight.
The bottom was easily twenty feet wide to either side of me, with massive leaves bursting from curled vines thicker than a man’s shoulders were broad. It seemed to be not a single plant, but three twisted around each other, leading up and up into the sky. I followed the trail of leaves spiraling around it like a giant staircase until I lost sight of them in the clouds obscuring the top.
What, by the spirits, was that thing, and how had it come to be there so instantaneously? What enchantment conjured it? Even more, how long would it remain? Eventually someone would notice it and ask all sorts of questions, and I wouldn’t have any answers for them.
I paused, hitting on one word swirling in my mind: enchantment. In running from the wolves, I’d dropped the beans. While I couldn’t prove it myself, I was fairly certain they were some sort of magic. Therefore, the only reasonable explanation, even though it was the most outlandish thing I’d ever entertained, was that the plant before me was the result of the three beans being exposed to soil and water.
“Either you’ve hit your head very hard, lost your mind completely, or found something amazing, Jack,” I said out loud, hoping that talking through the development might bring me some clarity. “As you’re not in terrible pain, let’s discount the first one for the time being.”
My feet moved without my thinking, and I carried on my monologue, trying to puzzle it out. “You might be talking to yourself, but nothing up until this moment has ever given you cause to doubt the reliability of your brain. That leaves one option.”

I stopped walking, marveling at the turn of events. As I watched, a single leaf uncurled from the base of the humongous beanstalk, spreading out on the ground before me like a carpet. Was it a greeting? That leaf led to another slightly above it, and a third and fourth after that. Each was perfectly positioned, one leading to the next.
If ever I’d been given an invitation to anything, that was it.
Not entirely sold on it, I wandered back to where I’d woken, retrieving my pack and cap from between the layers of leaves. The hat was a bit soggy when I placed it on my head, but I was sure it would dry quickly with the heat of day already growing rapidly. Again at the leaf that unfurled before me, I lifted my gaze up, following it once more into the clouds.
“I wonder how high it goes?”
The thought of being at such an elevation, looking out over everyone and everything, cemented my decision. People climbed mountains only to say they’d done it. They built larger and larger structures for no better reason than gaining a closer perspective on the stars. Why should I be any different? How many could say they’d encountered a plant such as this, and how regretful would they feel for having passed up the opportunity?
Tentatively, I set my foot upon the leaf, unsure if it would even hold me. It gave some, but easily supported what little weight I carried. A large man might find it impassable, but for me, a girl of sixteen with years of hunger under her belt, I’d have no cause to worry.
Well, no cause pending the strength of the greenery held out all the way to the top.
As many times as I’d looked to the sky, never before had it seemed so full of promise.
With a firm nod, I started up. After all, what was the worst that could happen? If nothing else, I’d finally know what it felt like to fly. 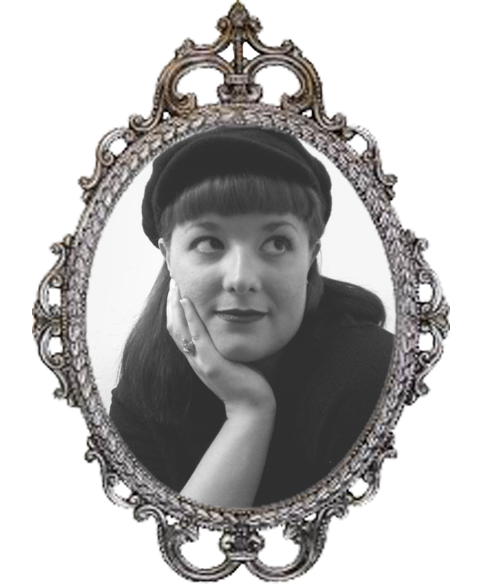 A geek of all trades, Starla Huchton has been crafting stories in various genres since 2007. Her first novel, The Dreamer’s Thread, was released as a full cast audiobook podcast, becoming a double-nominee and finalist for the 2010 Parsec Awards. After releasing short fiction of steampunk, noir fantasy, and other varieties, she released the first three books of the Sci-Fi Romance Endure series in 2013. All three books of the Evolution series, a New Adult Superhero Romance series, were released in 2014, as well as a Steampunk Fantasy novel, Master of Myth (the Antigone’s Wrath series, book 1), which was the first place winner of the Crested Butte Writers’ contest, The Sandy, in 2012. Shadows on Snow, a gender-flipped retelling of Snow White, releases in November 2014.

When not writing, Starla trains three Minions, a black lab, and a military husband whilst designing book covers for independent authors and publishers at DesignedByStarla.com


Enter to win paperback copies of the first two books in the series: Shadows on Snow and The Stillness of The Sky.